Public Spending Goes Under The Microscope 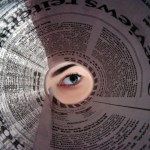 The new UK Government has wasted no time in the implementation of its policy of openness regarding how the tax payer’s money is spent.

A New Era For Public Spending

Already newspapers and other interested parties have been trawling through the vast database of government spending – the information has been released by HM Treasury in spreadsheets with up to 3million rows of purchase information.  Called the COINS – the Combined On-line Information System it is available at: http://data.gov.uk/dataset/coins.

Just What Information Is Available?

The move has been welcomed by many, however the information available can be more restricted that that available under Freedom of Information requests – such as those available at http://www.whatdotheyknow.com/.

For example, as The Guardian showed in a recent article information such as the amount spent with a particular supplier by a government department is only available under FOI.  So, if you want to know what a department is buying from your competitor you now know where to look.

What Are The Implications For Sellers?

So, what are the implications of this new openness for sellers?  Well some would argue that the new level of scrutiny will result in better buying and greater accountability for how public money is spent.  Others might argue that it will result in more nervous and therefore more difficult to sell to buyers.

Meanwhile the newspaper headlines revealed a consolidation of public spending in respect of IT services, with Spending data released by the Department for Environment, Food and Rural Affairs has revealed IBM to be the department’s biggest supplier, earning a total of  £82.2m in 2009-10, leaving very little of the cake for other suppliers.