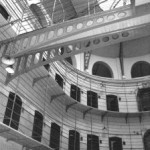 The first British executive has been jailed by a UK court for corrupting foreign officials, reported the Guardian Newspaper on 14th April 2010.  It sends a warning to sellers everywhere that shady deals are no longer permitted.

Receiving leniency for cooperating with the Serious Fraud Squad investigation, the senior marketing executive with a medical device company was sentenced to one year in prison for conspiracy in paying bribes valued at 4.5 million in an attempt to win a 20 million point medical equipment sale in Greece.

The bribes channeled through a local third party had been unsuccessfully disguised as payments for ‘professional education’ and included holidays to South Africa, the paper reported.  Sales professionals be warned there are new rules to follow!