5 Proposals That Could Help You Win More EU Public Contracts

What are the implications of proposed changes to EU procurement policy for your sales success?  In this the first of two articles we will look at those proposals that could help you sell more to the public sector. 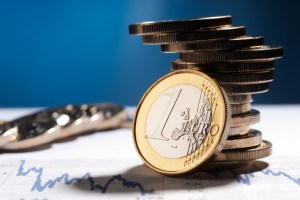 Early in 2011 the EU Commission published a green paper on the modernisation of EU public procurement regulations.  Titled ‘Towards a more efficient European Procurement Market‘ the document began a process of discussion on proposed changes under a total of 24 different headings – from the ‘modernisation of procedures’ to the promotion of ‘innovation’ through procurement.

Making It Easier To Bid

Various reviews of the impact and performance of the Union’s public procurement regime have highlighted disappointingly low levels of access to public spending among smaller enterprises, as well as low cross border access to public contracts generally.

This is one of the key factors in putting the issues of greater flexibility and reduced administrative costs (for both buyer and seller) on the EU procurement agenda.  In short the Commission is concerned to make it easier to bid for public projects.  Some of the ways in which this could benefit you are listed below.

One of the key proposals offering the promise of greater flexibility is the more widespread use of the Negotiated Procedure.  In this model the purchaser selects one or more potential bidders with whom to negotiate the terms of the contract (in most cases following an OJEU ad).  Presently the negotiated procedure is applied to approx. one fifth of advertised EU public procurement tendering.

While there are concerns that the expansion of this procedure might restrict access and result in favouritism, there are clearly situations where a ‘let’s sit down and talk’ makes more sense than the more rigid approach to tenders.  Specifically contracts where the requirements are complex and evolving, or where smaller sums are involved.  If you would prefer a return to the more traditional approach to selling a rise in the use of negotiated procedures is likely to be welcome.

A proposal to collapse the two-stage EU public procurement process could help you win more public sector business.  In particular it has the potential to accelerate public sector sales cycles and reduce tendering costs.

Merging, or confusing these steps and their respective criterion results in the purchase process being fatally flawed.  For example, a buyer cannot consider supplier capability criterion at the award stage – it is too late!   Only product / service-specific criterion can be applied in making the final decision.

The law has been interpreted to allow for the selection and award stages to happen concurrently, once they remain distinct.  However, the reality is that this rarely happens, which means that the time and administration involved in the procurement exercise can in many cases be doubled.

The Commission’s proposal to collapse the two stages would enable greater speed and flexibility in decision making.  That is something that could benefit the seller as well as the buyer.

3. Paperwork Only On Winning

Related to the two stage process, the Commission has suggested tackling the issue of the proof of capability / certification requirements at the supplier selection stage.   This could greatly reduce the tendering burden.

The proposal is that while all bidders would have to declare that they meet the certification criterion, actual proof, or documentary evidence of; certification need only be produced by the winning bidder.  Thus unsuccessful bidders would be spared some of the paperwork and documentation burden.

There is also a proposal for greater standardisation of not just certification, but also pre-qualification criterion EU wide.  These measures if successful could reduce the amount of time and money required by sellers to tender.

The EU faces new challenges, including the environment and innovation, to name just two.  It would seem logical therefore that these goals should be reflected in how it spends money, right?  Well, reconciling new goals with the original objectives of an open and fair market in public spending, is problematic.

One of the major problems is that the inclusion of decision making criterion or technical specifications that are not ‘subject-matter related’ is not allowed.    Here are two examples offered in the Green Paper:

So, although as a supplier your proposition may be in support of the environment, innovation, or  another aspect of the public good – in most cases this cannot be a factor in the procurement decision.

So it is that the best and best priced widget from an eligible supplier wins.  The fact that no trees have been cut down in the process, or you have won an international award for innovation makes no difference.  That means some of your supposed competitive advantages are set to nought.

If your advantages extend beyond the immediate good, or service you provide then breaking the absolute requirement that all criteria direct relate to the subject matter could help you win more business.  It means that when you say ‘we have other advantages too’ the buyer may be able to listen.

Many aspects of procurement are prone to confusion among both buyers and sellers.  So, it is good news that the Commission is exploring ways to clarify, standardize, or simplify many aspects of public procurement.  Some examples include:

If you find aspects of public procurement confusing, then a simplification and clarification of those areas most prone to confusion, is sure to be welcome.

Click here to explore 5 ways that the EU Proposals could hinder your sales to the public sector.