Just How Much More Expensive Can A Best Value Tender Be?

We are learning a lot more everyday about the reality of public buying.  That is thanks to a new and intensive level of scrutiny both from within and without the public sector. 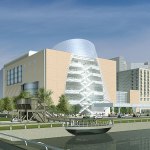 Naturally enough it is the horror stories that get the headlines.  However there is a lot to be learned by looking behind the headlines.  Take for example the highlights of a contract awarded in 2007 (and audited in 2010) to design, build and operate a national convention center in Dublin:

Based on these highlights you would be inclined to say: ‘Nice Building, But Was it Worth The Extra 200m?’  There are mitigating factors however.  First, this apparently crazy buying decision was made before the global banking collapse and world economic chaos.  That is the problem with major capital projects, so much can change over the life of a long project.  Second, the decision wasn’t really made by public servants, but by politicians – it was part a pillar of government policy.

Let’s finish on a positive note – although there are certain to be more horror stories about public buying, we believe that the trend towards better buying in the public sector is unstoppable (new compliance requirements, the increased scrutiny and most important of all pressure on budgets make it inevitable).

Buyers Are Doing it For Themselves 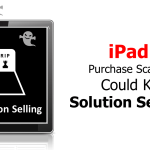