Prime Minister Lashes Out At ‘Procure-au-crats’ 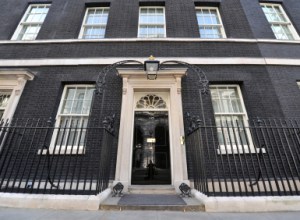 Recent remarks made by The UK Prime Minister show that the debate around public procurement has become something of a political hot potato.

British Prime Minister David Cameron lashed out recently at public-sector procurement managers and bureaucrats – or what you might call ‘procure-au-crats’. As reported by The Guardian, in a speech at The Conservative Spring Forum in Cardiff, Mr. Cameron threatened specifically to go to war with three main public-sector groups:

(i) “The bureaucrats in government departments who concoct those ridiculous rules and regulations that make life impossible, particularly for small firms.”

(ii) “The town hall officials who take forever with those planning decisions that can be make-or-break for a business – and for the investment and jobs that go with it.”

(iii) “The public-sector procurement managers who think that the answer to everything is a big contract with a big business, and who shut out millions of Britain’s small- and medium-sized companies from a massive potential market.”

The Politics of Procurement

There can be no denying that rounding on bureaucracy and waste is a popular, tried-and-tested political strategy; these latest remarks, therefore, are unlikely to have done Mr. Cameron any real harm with the public audience. But how did The PM’s comments go down among public-sector buyers?

“While politicians dictate policy, it is public servants who must shoulder the blame whenever things go wrong…”

Well, judging by some of the feelings aired at last week’s Procurex in Birmingham, the answer is ‘not all that well’. Typical of the reaction was the view that “It is too simplistic to point the finger of blame at bureaucrats! While it is politicians who make the decisions that dictate policy, it is public servants who must shoulder the blame whenever things go wrong.”

Tellingly, not a single member of a panel of five keynote speakers drawn from different areas of public-sector buying came to Mr. Cameron’s defense, the general view being that The Prime Minister’s outburst was nothing more than a ‘cheap shot’.

Procurement Is Under The Spotlight

As one speaker put it: “Whenever an item of waste or instance of overspending hits the headlines, it becomes a hot potato that is automatically thrown at public servants… They are an easy target.”

“…In many ways, public procurement is ‘the goose that must lay the golden egg'”

There is no doubt that public-sector buyers are under the spotlight. Given the ongoing pressure on deficit reduction, public procurement is, in many ways, ‘the goose that must lay the golden egg’.

With such expectations in play, buying has now entered the real world of politics. And, as The Prime Minister’s remarks show, that is often a rather uncomfortable place to be. 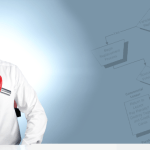