What Can Scientists Tell Us About How Decisions Are Really Made?

Today we have a better understanding of how people make decisions. That is thanks to a emerging science of human decision making. Influence and persuasion once an art is now a science.

In this insight we compare what salespeople have always known about how decisions are made with what scientists have more recently discovered.  More importantly we will set the scene for a new means of nudging buyers closer to a decision.

The Traditional View Of Decision-Making

The model of the rational economic man long dominated our thinking of human behavior  That is until recent decades. It viewed man as a high quality decision making machine. Now that view has been overturned with the revelation of human decision-making fallibility.  But that is something that most sellers have known for a long time.

Traditionally man was regarded as a free and rational economic agent. That is an intelligent person who can be trusted to weigh up alternatives and to make a rational decision in his, or her best interests.

Would you describe your customers as logical – analytical decision-makers?

In this model, give people as much freedom of choice as possible and trust them to make the right decision. Also expect them to gather and analyze the required information along the way.

When everybody acts in their own best interests that becomes ‘the invisible hand’ that shapes markets and economies. It is the laisse fair view of the world that dominated for a very long time.  However we now know that it is based on a flawed traditional view of decision-making.

Do your customers sometimes take short-cuts in how they decide?

The contemporary view is that decision-making is subject to taking shortcuts, bias and conformity.  But, salespeople have long known that, indeed you could say it is the basis of their profession.

What Salespeople Have Always Known

Few salesperson believe in simply just giving information about his, or her product and allowing the buyer to make their own mind up. Rather the seller wants to persuade the buyer to act in a particular way. That is to buy from the seller’s company.

Without reference to any research papers on decision making the seller knows that information alone is not enough to move the buyer to take action.

Do you use information and emotion to get the buyer to take action?

Indeed the seller knows that the information may not get read, or if read, is subject to a range of different interpretations. Sellers also know that emotions can be a powerful factor in any decision and that changing a buyer’s existing beliefs is not easy.

Sellers instinctively know this based on their own programme of practical experiments into human decision, experiments that have been made, one sales proposal at a time.

What Scientists Have Just Found Out

Contemporary research overturns traditional notions of human decision making. It tells us that decision are not always logical, nor analytical and warns that humans don’t always make the right decisions.

In this model of the decision, people cannot be relied to act intelligently, or in their own best interests. We may be too lazy to gather and analyze the required information, too biased to interpret it accurately, or to slow to act upon it.

Do your customers need help in making the best decision?

When it comes to logical-analytical decisions, we are often short of both time and attention. All this raises the question as to whether we should be protected against our bad choices?

What Social Scientists Are Now Debating

When it comes to public policy, for example, should governments protect people from making the wrong choices or guide them to making the right ones? To examine the bad choices that people can make, social scientists focus on the public policy arena. Then we will look for parallels in the realm of business decision making.

The emerging science of choice tells us that our decisions suffer from human fallibility. People are prone to make bad choices, with the following typically offered as evidence:

In such areas people cannot be relied upon to act in their own best interests. Take for example the decision to continue smoking in the face of: irrefutable evidence of serious negative health implications, tax disincentives, the high price of cigarettes, bans on smoking in public spaces and extensive health promotion efforts (including explicit warnings on cigarette boxes).

When it comes to smoking people cannot be relied upon to get the information, deliberate on it and change their behaviors – to make good choices.

Because of the negative consequences of poor choices (both for the individual and for society at large), governments are tempted to intervene. Typically, this takes the form of legislation and regulation, or education and information to correct for people’s flawed decision-making.   Then a book was published showing a better way to help people make better choices.

The Latest Findings On Persuasion

In 2008, the debate about human decision making got a lot more interesting. A book was published promoting the concept of the ‘nudge’ showing how choices could be presented to make it easier for people to make better decisions.

The idea of nudging citizens in the direction of the right decision has been actively embraced by governments in the US and the UK. An example of such a ‘nudge’: Tax authorities in the UK tested the effectiveness of the message contained on tax return notices.

Do you give consideration to how the way you present your proposition can influence the buyer’s decision?

The response rates to different messages was tested, including a message warning of penalties for late returns or tax avoidance, for example. However it was the message telling people that ‘95% of people pay their tax on time’ that has the greatest results.

Providing people with a social comparison generated a considerably higher response. That is an example of a simple and cost effective ‘nudge’.

As the example suggests, the nudge effectively amounts to employing the inherent weaknesses in human decision making to positive effect. That is those factors that have the potential to prevent us from gathering and analyzing all the information required to make a rational decision.

So, how to put this to work to improve your sales success?  In a related insight we will examine how seller can apply ‘Nudge principles’ to move the buyer closer to a decision.

This insight has been prepared based on these sources:

For a full list of the research sources we have found very helpful in our research into the psychology of buying click here. 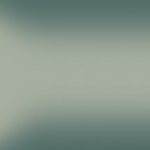 Bounded Rationality: Balancing Logic And Emotion In The Sale 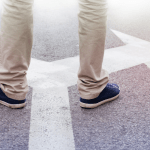 The Importance Of Offering Options In Your Sales Proposals 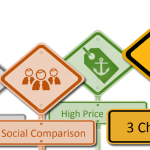 How To Influence The Buyer’s Choices 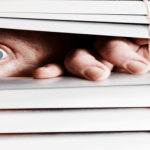 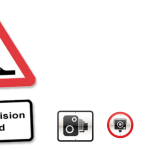